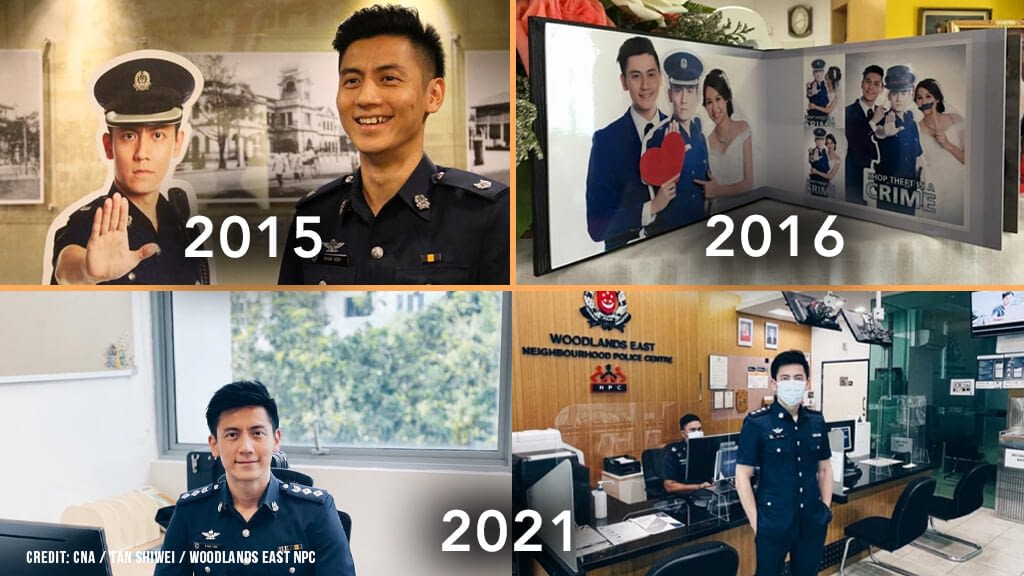 “Shop Theft is a Crime” His name is Ryan Koh, and you’ve seen his face everywhere.

Years ago, he went viral for being the “Yan Dao (handsome in Hokkien) Policeman”, after netizens noticed his good looks in an anti-crime video in 2015. Ryan was then an Assistant Superintendent (ASP) of SPF.

Also, who could forget this face when walking around in the heartlands?

After news had seemed to simmer down, in 2016, Ryan made headlines again when his wedding photos went viral! Ryan & his wife actually took studio photos with the cardboard standee, of himself! Quirky and cute, really.

Still keeping his good looks and professional stature, Ryan really deserves our praises and it must’ve not been an easy task to rise up in ranks!

Congratulations, SUPT Ryan Koh, for your accomplishments and service to the people!