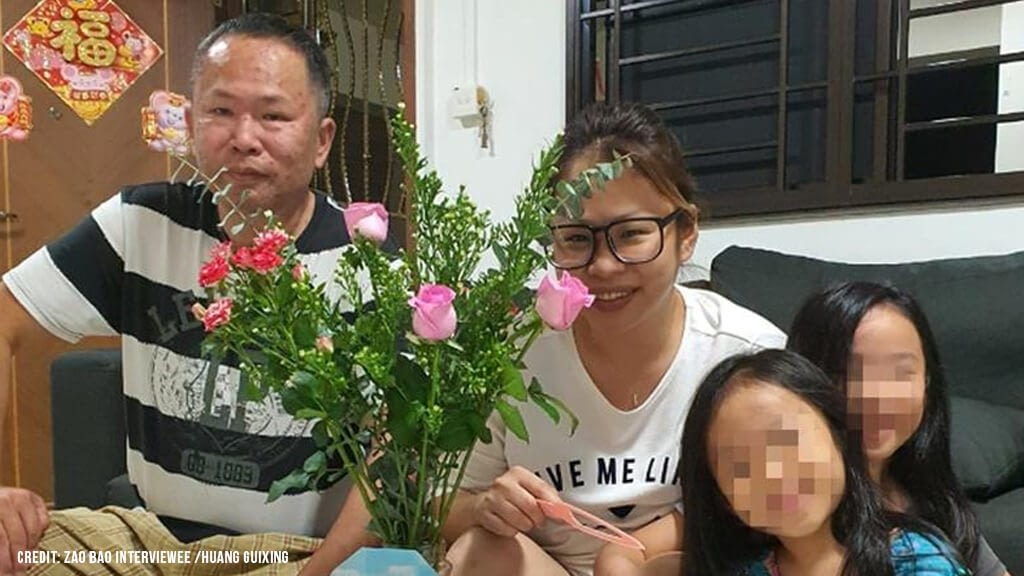 To support his family, he worked more than 10 hours a day

He’s a private hire driver who works 10 hours a day, even on the weekends, just so that he could make enough money for his family.

According to Zaobao, Huang Guixing, who is 52 years old, has 4 children, 2 of which are from a previous marriage.

His current family had previously only lived in a rental house, so he wanted to buy a HDB. But the pressures of a house and having to support several children were immense.

In 2008, he had a heart problem, which he brushed off and ignored.

But in April 2019, he suffered from a heart attack, then was admitted to the hospital for a heart bypass surgery. That led him to take several months to recuperate from. Just when he wanted to start work, he had chickenpox.

In December 2019, they finally got the keys to the flat! Feeling happy after a long wait, tragedy struck 6 days later.

Huang had suffered a stroke. Half his left face and hand couldn’t move properly, and his left eye was foggy and blurry.

Huang broke down in the hospital. The doctors told him recovery would take another 5 months, so how was he going to support his family?

Luckily, with the support of his family and Social workers, he focused on recovering and slowly but surely, he was fit to return to work.

Today is Father’s Day. Our fathers work tirelessly for the family, and sometimes don’t show their exhaustion. It’s remarkable how far a father would push himself just to make ends meet. We never know what goes on behind-the-scenes in our fathers’ every day lives, how tough it might be having to support a family.

Let’s all call up our Dads today and let them know just how much they’re appreciated & loved.