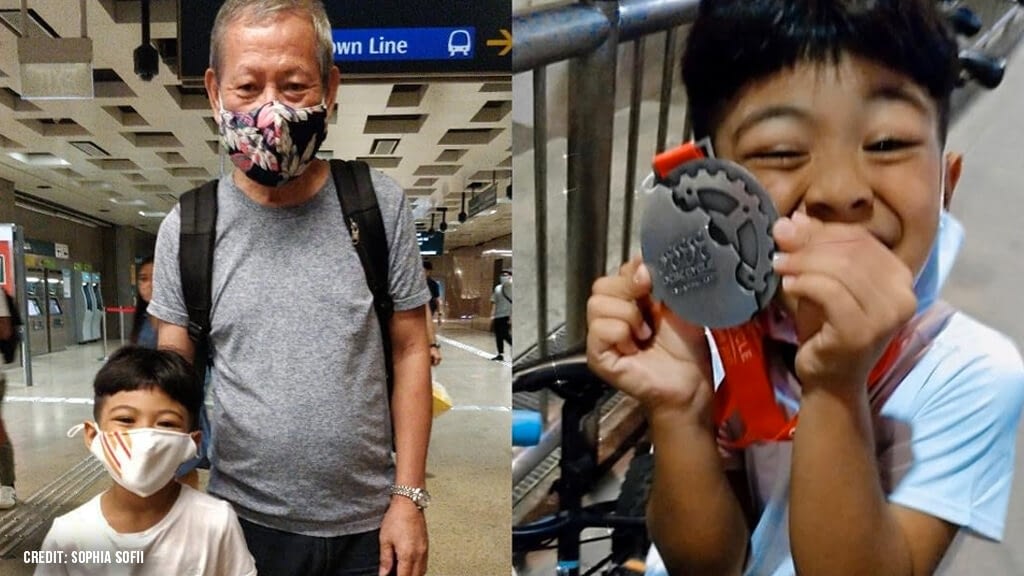 This uncle gave this boy a medal and inspired the boy to continue cycling!

This uncle gave this boy a medal and inspired the boy to continue cycling!

Netizen Sophia Sofii posted this wholesome interaction on Facebook and warmed the hearts of many.

Mr Loh, a veteran cyclist, has been doing the sport for a long time, and from his photos, he has cycled in different countries, different roads and conditions.

Sophia’s son loves cycling, so when she showed him some photos from Mr Loh’s account, her son was really inspired and wanted to do what Mr Loh does!

After learning about this, Mr Loh wanted to give the boy his OCBC Ride 2021 medal, to motivate him to go for more rides! They eventually met up for the first time, and her son was so overjoyed that he teared up.

This post is really how strangers can affect each others’ lives, even just for a moment in time. A little step from us might be a huge one for somebody else.

For Mr Loh, this medal might’ve been another trophy of many, but he knew that it would mean the world to a little boy who has big dreams. Thank you, Sophia, for sharing this story and thank you, Mr Loh, for inspiring and motivating the next generation!