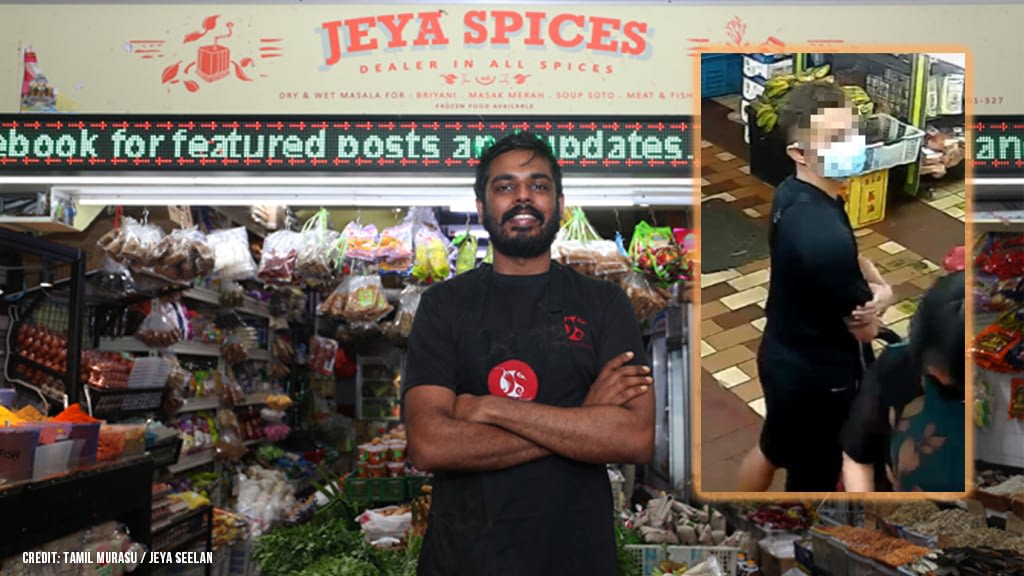 Mr Jeya Seelan is the owner of a spice stall called Jeya Spices. Just 2 days ago, he made a post on Facebook stating that a thief had stolen around $800 from his stall.

One of his workers went to the toilet while another was busy with the coconut machine, leaving nobody to tend the stall. As such, the thief took the opportunity to “sweep the container clean”.

Instead of reporting to the police immediately, Mr Jeya decided to give the thief a chance to own up as he does not want to stain his record. He even noted that people have their struggles, and had the thief explained his situation to him, he would have given him the money.

Update : Mr Jeya has updated on FB that the man has since owned up to the act, and apologized.
—

It is not often we see victims willing to give second chances to their perpetrators. For most cases like this, a police report would have already been made.

However, Mr Jeya understood that making a police report would affect the thief’s future and was therefore willing to give him a chance to own up. It is truly big-hearted of him!

Hopefully the thief will learn from his mistakes and own up to his wrongdoings.