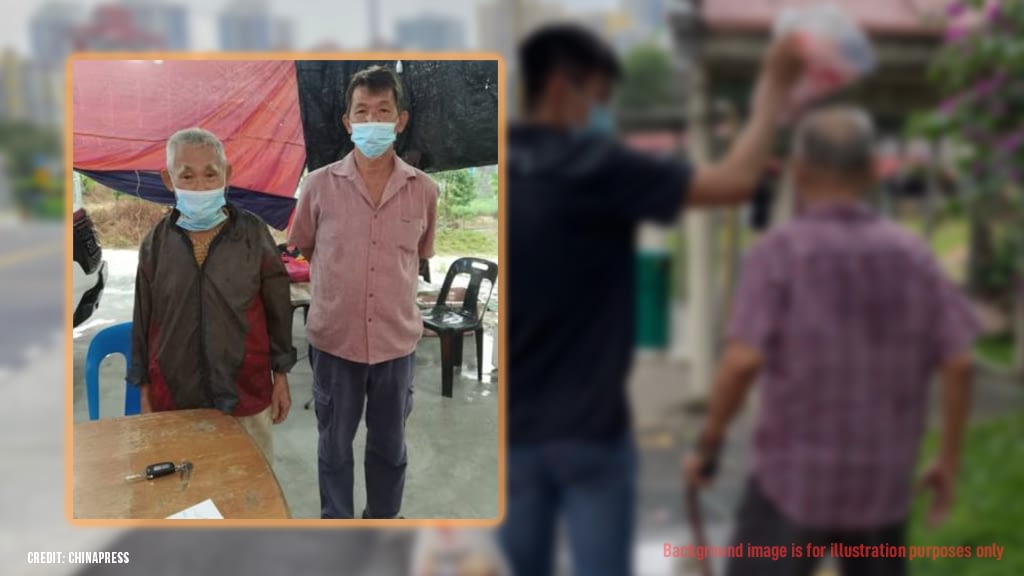 It doesn’t take much to spread love and kindness, even if it is to someone you have no connections with.

According to an article from ChinaPress, an 81-year-old uncle went out alone to buy dinner and ended up losing his way while on the road. He travelled all the way from his house in Ayer Keroh, Malacca, to the Pago toll gate on a motorcycle.

He eventually ended up not knowing where he was as the sky turned darker, with the nearby shops all closed and no one to be seen. As such, he spent the night in a shelter by the roadside of Pagor Jaya.

The next morning, he stopped by a durian stall located at Bukit Pasir Bayeban River and asked the sellers, who were both father and son, where he was.

The son further told ChinaPress that the uncle “looked tired” and had “bloodshot eyes”. They understood that the uncle was able to make it across the state as the police officer was taking a break when he passed the roadblock.

After hearing his story, both father and son immediately made him a cup of hot drink and even bought him breakfast.

The son attempted calling the nephew of the uncle but was met with the latter hanging up on him due to an unfamiliar number. Unwilling to give up, he then contacted the nephew again via WhatsApp and even sent a photo as proof.

Due to the imposition of FMCO, where travelling across different states is forbidden, both father and son even had to go to the police to obtain an approval letter to send the uncle home.

This post really shows us that there is compassion in all of us, and that we will go the extra mile to help people in need.

To the father and son duo who went out of their way to help the uncle, thank you for your act of altruism & empathy!

Sometimes a small gesture of kindness can go a long way. A random act of kindness, no matter how small, can make a tremendous impact on someone’s life!