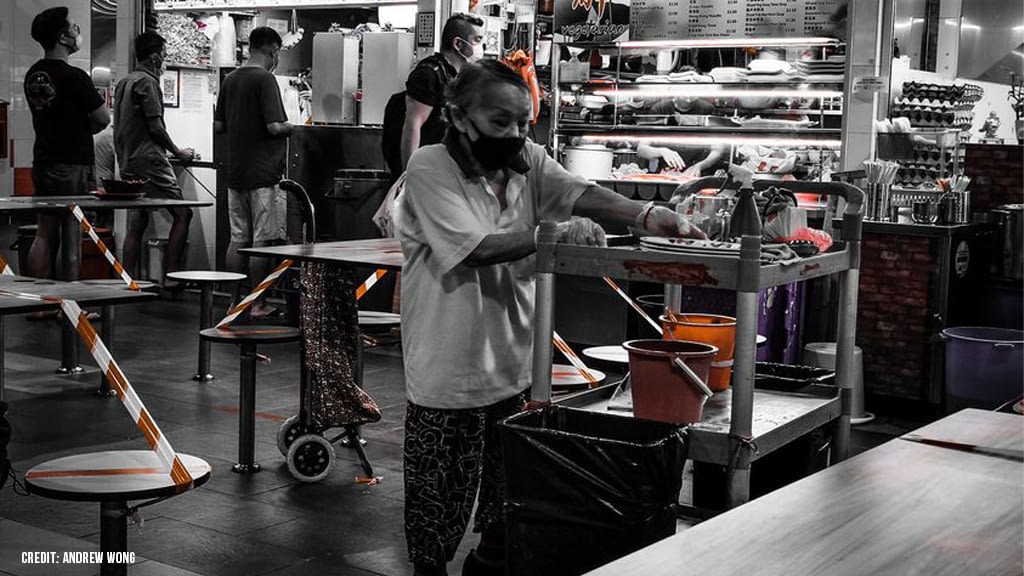 Stranger wanted to buy this auntie a drink but instead…

This auntie offered to buy this pair of strangers a drink!

Facebook user, Andrew Wong, recently took to social media to share a heartwarming encounter he had with a cleaning auntie.

According to his post, he shared that he was at Geylang Bahru Hawker Centre having dinner when a cleaning auntie passed by his table. As she was wearing a mask, he couldn’t really hear what she said and only managed to catch a few words like “buying a drink”.

Mr Wong initially thought she was asking if he could buy her a drink and he was more than willing to do so. When he asked her what she would like, that’s when he finally understood what she actually said behind her mask.

The auntie actually offered to buy him and his dinner mate a cold drink instead! That took them by surprise but they eventually turned the offer down politely. Afterwards, they had a short hearty chat with auntie before she left to carry on with her work.

but eventually understood the meaning behind the auntie’s kind intention. That’s because he was eating a spicy bowl of chilli ban mian and he was sweating profusely!

To verify his assumption, he approached the auntie once again and asked her, “Did you want to buy me a drink because you saw me perspiring, in agony?” That’s when the auntie confirmed it by “breaking into a hearty giggle and nodding her head”.

This auntie really showed us the true meaning of compassion and generosity despite not having much to offer. Not only did her kindness warm the hearts of Mr Wong and his dinner mate, but ours as well!

She may be making a living by what she gets, but she is also making a life by what she gives! The auntie did not consider the fact that the both of them were strangers and merely wanted to help them feel cooler after seeing them perspire. That is truly big-hearted of her!

“Money is but one venue for generosity. Kindness is an even more valuable currency.” – Alan Cohen