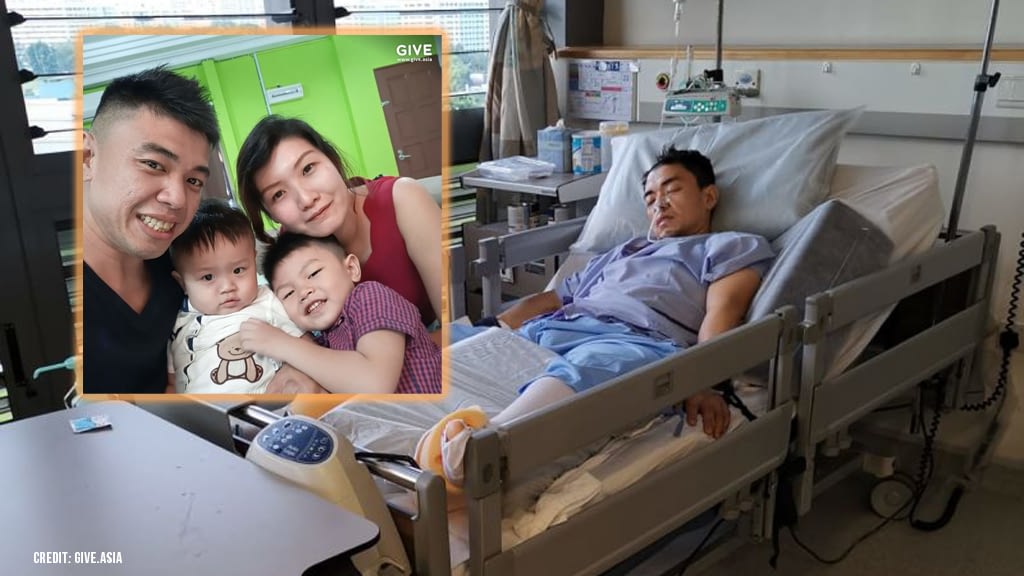 Singaporeans have kindly raised funds to help this man who unfortunately suffered from a stroke.

On 18 April, Mr Alex Ng suffered from a stroke and had to undergo a brain surgery. He spent some time in the ICU afterwards. As he video calls his family on a daily basis, his wife got worried after not hearing from him.

According to give.asia, Mr Ng’s wife contacted several of his friends in Singapore in an effort to get into contact with him but to no avail. Eventually, they put up a notice on Facebook in search for him. One of his friends also contacted the police hotline after 24 hours to file for a missing person, where they were eventually notified that he had been admitted into Khoo Teck Puat Hospital.

Apparently, Mr Ng was found unconscious on a sidewalk on the day he suffered from a stroke. But because he did not have his wallet and phone with him, the police were unable to identify him.

Mr Ng is a Malaysian who has been working in Singapore for the past 12 years. His wife also previously worked in Singapore, but had since moved back to Malaysia after the birth of their first kid. As such, he is currently the sole breadwinner of the family.

His wife described him as a workaholic, sometimes working till 12am or 1am. She said that she has been feeling worried for him because he told her he had been feeling unwell since the start of April.

It is heartbreaking to know that such a hardworking guy would be met with such a tragedy. Mr Ng is truly a selfless father and husband for wanting to let his family lead a comfortable life at the expense of his own health.

It is also heartwarming to know that there are kind people out there who contributed to help Mr Ng and family. Kudos to them! We hope that this money would be able to tide him and his family over in Malaysia. Here’s to wishing Mr Ng a speedy recovery!