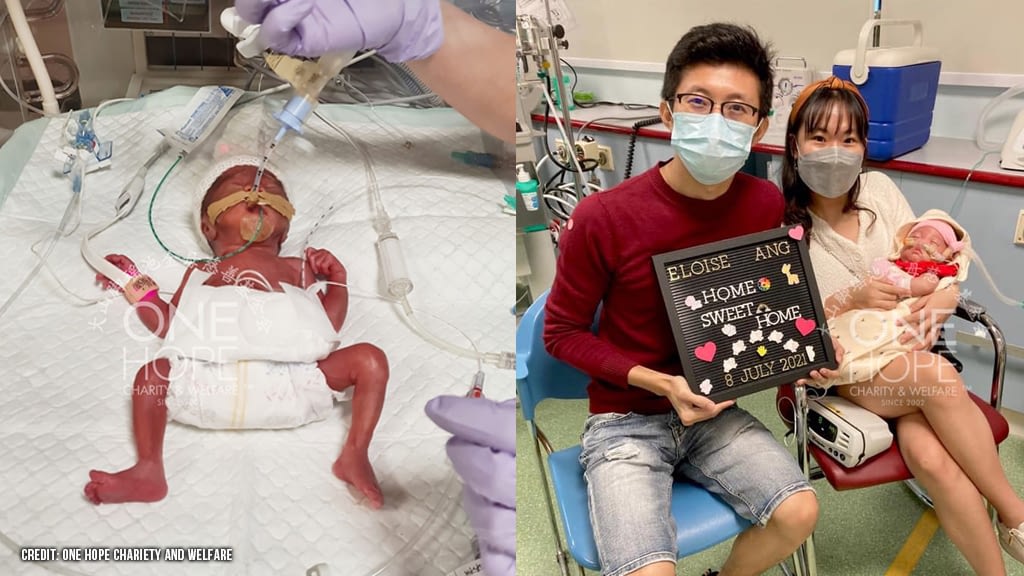 This premature baby born at 24 weeks is finally discharged from the hospital after 5 months!

The baby, named Eloise, only weighed 670g back then. She was reported to be only the size of an adult palm. As her organs were not yet fully developed, she had to be put under observation in an incubator, leading her medical expenses to hit around $400,000.

$400,000 was no small sum for the parents. As such, a fundraising campaign was started by One Hope Charity & Welfare, where donors from all over the world pitched in to help. Eventually, the online campaign officially achieved 100% of their goal of around $400,000 from over 7900 donations within 29 hours!

Thanks to the kind donors, Eloise was given a chance to live. According to One Hope Charity & Welfare, she now weighs around 4kg and is measured to be 50.5cm tall.

To be able to see Eloise all healthy and being able to go home in her parents’ arms touches my heart. It is heartwarming to see everyone from around the world coming together for a great cause. Because of that, they gave this baby a life and her parents a healthy child.

Thank you to everyone who contributed! Your kindness really made a difference to this family of three.

Thanks to the kind donors, Eloise was given a chance to live.