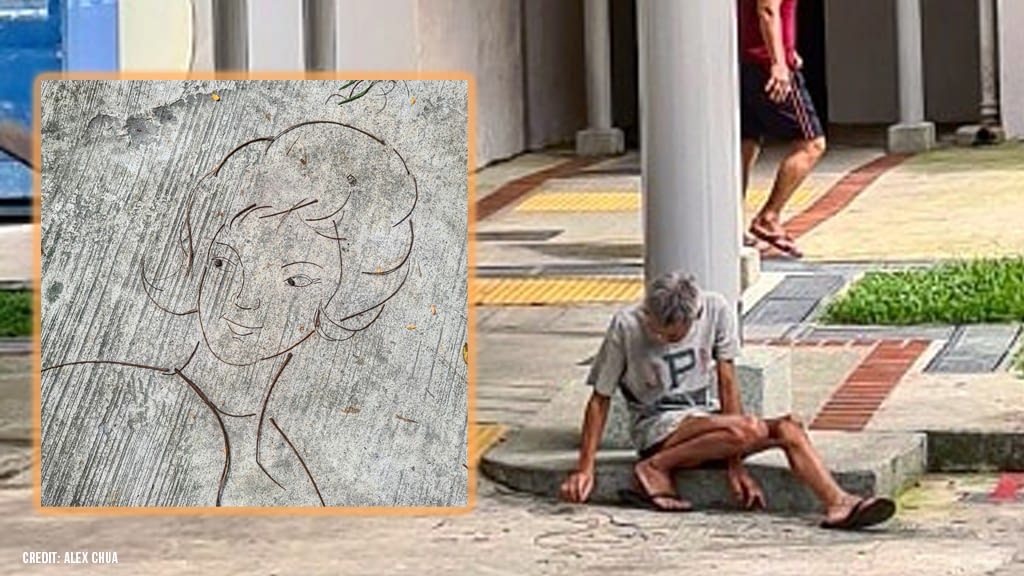 On 15 July, Alex Chua took to Facebook to share an encounter he had with an elderly uncle. He shared that whenever he goes to buy food at Owen Road, he will never fail to see an elderly uncle sitting at the same spot moving twigs on the floor.

After seeing him quite a few times, Mr Chua decided to approach him to see what he was doing out of curiosity. What he saw left him in awe. Apparently the uncle was making a portrait of a lady just by using twigs! He even added small details like the eyelashes.

Mr Chua also added that the uncle was friendly and looked like he was in his seventies.

Netizens have soon come forward to express their amazement, saying that the uncle is talented and that his work is “incredibly magnificent”. Some also mentioned that they spotted some of his other artwork before.

Like what Mr Chua said, “Regardless of education, gender, orientation and age, art holds no boundaries nor restrictions.” To be able to use only twigs to create such beautiful art pieces, that is real talent right there.

Hope to see more of this uncle’s artworks one day!

“Regardless of education, gender, orientation and age, art holds no boundaries nor restrictions.”