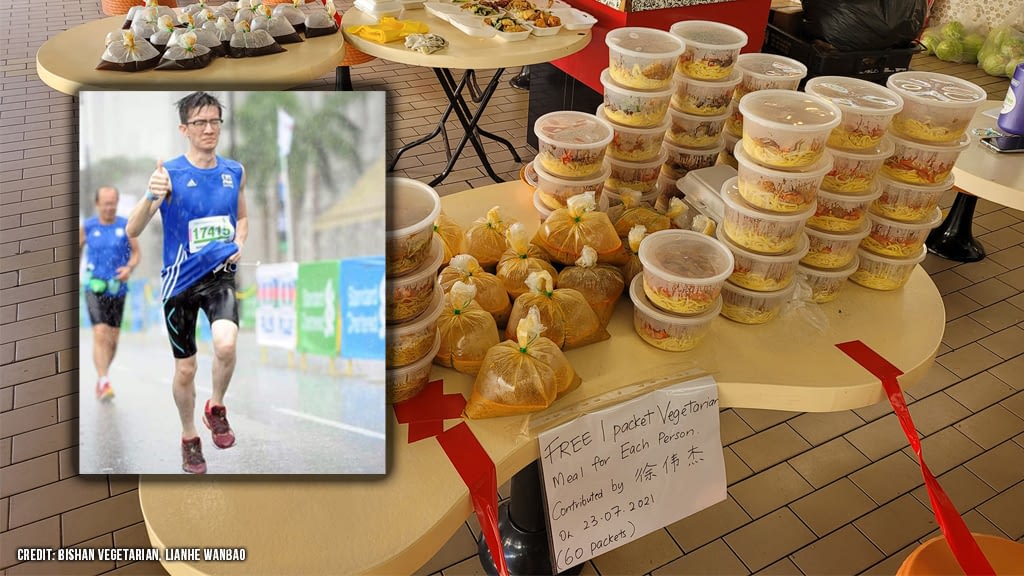 This cancer patient donated 60 vegetarian meals as a way of giving back!

According to a Facebook post by Bishan Vegetarian, Mr Xu Weijie donated 60 packets of vegetarian meals through them as a wish to encourage more people to eat vegetarian. What caught our attention was that he was a 30 years old, stage 4 cancer patient.

In an article by Lianhe Wanbao, Mr Xu used to be a marathon runner who completed more than 20 marathon races. He also once helped his brother with his business. But in March last year, he suffered from a hoarse voice and a sore throat, where he was eventually diagnosed with a rare soft tissue cancer called Rhabdomyosarcoma after a visit to the doctor’s.

Mr Xu is unable to eat or speak. He can only drink milk and water through a tube. He even shared by typing on his phone, “I was in a very low mood. I didn’t expect to get cancer at a young age. I exercised regularly.” But thanks to the encouragement of his loved ones, Mr Xu decided to fight against his illness.

As many people are currently struggling due to the pandemic, Mr Xu expressed his wish to help others as a way of giving back. He then contacted the owner of Bishan Vegetarian, whom he knows well, to make 60 meals on his behalf.

His mother was reportedly moved to tears upon learning of her son’s kind deeds when she went to the stall to take away food that day.

Although what Mr Xu experienced must have caused him lots of anguish, he still decided to be of use to others and give back to society. That is truly big-hearted of him! Here’s to wishing Mr Xu a speedy recovery ahead!

His mother was reportedly moved to tears upon learning of her son’s kind deeds when she went to the stall to take away food that day.