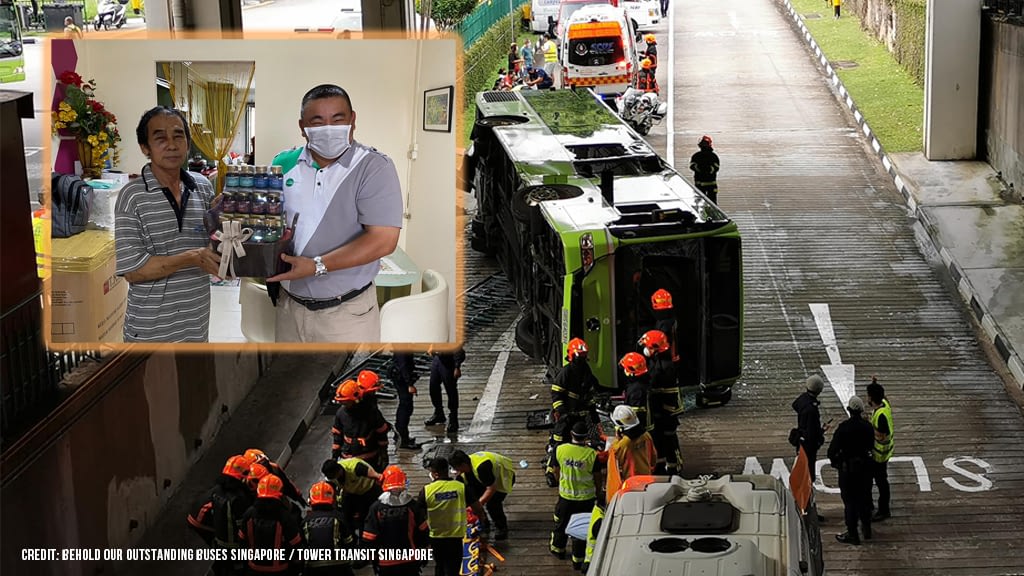 There is nothing more selfless than to place yourself last in the service for others. That is the exact example this bus caption displayed.

On 11 July, two bus buses collided at Bukit Batok Bus Interchange, causing one of them to crash through a railing and land on its side. Inside the bus was the bus captain and 15 other passengers.

According to a post by Tower Transit Singapore, the bus captain placed his passengers’ wellbeing above his own by immediately checking up on them despite sustaining injuries himself. In fact, he did not even realise he was bleeding only until a while later. He was sent to the hospital after.

The bus captain has since been discharged and is now recuperating at home. Apparently, he lost his shoes during the accident and was thus given a pair of new shoes along with some herbal tonic and fruits by the Tower Transit Managing Director and Land Transport Authority staff during their visit.

Despite the serious accident and the kind of injuries it can impose on someone, the bus captain was beyond selfless to attend to his passengers first. Here’s to wishing him a speedy recovery!

the bus captain placed his passengers’ wellbeing above his own